Czech companies will also get a chance to shine again. Including the one that has more than once managed to “befuddle” the professional and public in the good sense of the word. Holešov developer and manufacturer ELKO EP, which in almost thirty years of its existence has developed into European leaders in the field of relays and fundamental innovators in the field of elements for wiring.

Its development team is in the process of feverishly finalizing preparations. “This year we are going to the Catalan capital with really fundamental news. At the beginning of January, we introduced a revolutionary application that is definitely not just an upgrade of previous versions. But it is open and accessible to all third-party manufacturers, who can easily access it with its elements for air conditioning, lighting, heating or security. Together with this, we will introduce a new gateway eLAN-103, which controls everything. Many visitors will also see the new iNELS IP topology and the world’s smallest central unit, the iNELS miniCU, which we launched in the recent past, for the first time. 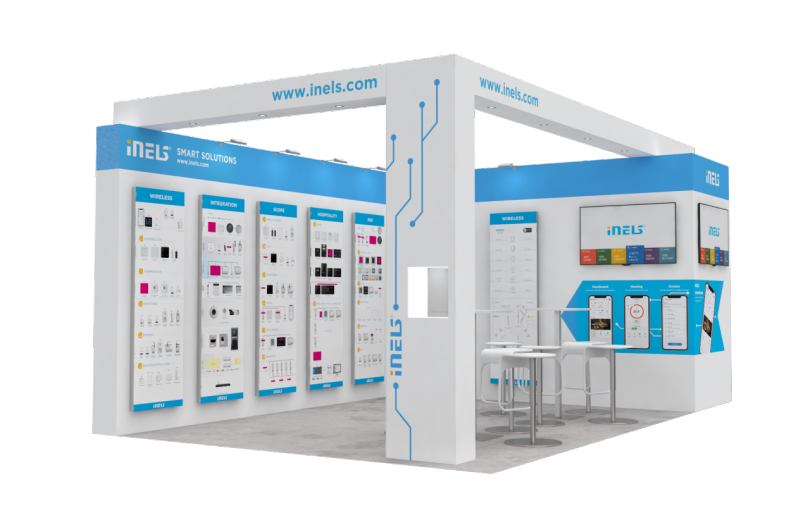 This is also the fate of a time that does not really favor fairs and exhibitions. After all, the living proof is the ISE exhibition itself, which is constantly moving in the calendar. While in 2020 it was in February, last year it was moved due to the measures until June. This year, it has chosen the golden middle way and will take place from 10 to 13 May 2022 in the traditional premises of the Fira de Barcelona Gran Via. This year, it will welcome almost a thousand exhibitors from all over the world, who will present the system integration of smart solutions, technologies for smart homes, buildings, cities and industry.

“We are very much looking forward to meeting everyone. We have had a very successful economic year again, when we managed to continue to penetrate attractive markets in the Middle East, the rapidly developing Balkans and the return to the American market with our solutions. But at the same time, what we enjoy most about business is meeting people, traveling to trade fairs and finding new inspiration among customers and competitors. In the last two years, we could not enjoy it to our liking, because we had to cancel or postpone a lot of trips. We see Barcelona as a perfect chance to present our innovations, on which we have been working intensively with the new development team since last spring,” adds Jiří Konečný, founder and owner of ELKO EP, who has been awarded several times in the past as an entrepreneur, visionary or global exporter.

New cooperation on the mainland

However, the Barcelona meeting will have one more novelty for ELKO EP. For the first time, it will be presented in cooperation with Aforsec, which will take care of customers from the Iberian Peninsula. The original ELKO EP España will then focus on the Balearic Islands, where it is based.