Hearty people in old clothes look at every tourist. But the moment you find yourself in Almaty, everything is different. It’s like waving a magic wand in a European capital. The multi-lane roads are full of cars, bars and restaurants are full of people in well-fitting suits, and above the city you can see (apart from the peaks of 4,000 mountains)  a lot of cranes changing this city on the march.

Of course, the people of Almaty are still a little sad that their long time Kazakh president, Nursultan Nazarbayev, has deprived them of capital status and made the metropolis of the Astana in the desert, where a hypermodern but actually a little used cultural city has grown up on a green field site. In contrast, in the city of two million Almaty, culture is thriving. That is, unless, of course, as in the whole world, it is not attacked by a coronavirus pandemic.

However, in December 2018, a state-of-the-art multiplex cinema opened here – with an iconic bowler hat as the emblem and name Chaplin Cinemas. On an area of ​​about 3,800 square meters, a library, a café and, above all, eight large cinemas have grown here, some of which are equipped with RealD 3D or 4K technologies. But the building itself is also full of technology, which was taken care of by the Czech company ELKO EP.

We got the work through good references from the luxurious Kempinski Hotel Grand Asia, where in 2017 we helped to regulate the lighting in the reception, corridors, and also in the social and conference rooms. We have supplied switching components and dimmers so that the light intensity is always pleasant for people who move in the area. The brain of the central hotel solution was several CU3-02M central units, which enable simple operation. It is this experience that has enabled us to implement lighting and control within the Chaplin Cinemas multiplex, “says Jiří Konečný, owner of ELKO EP. 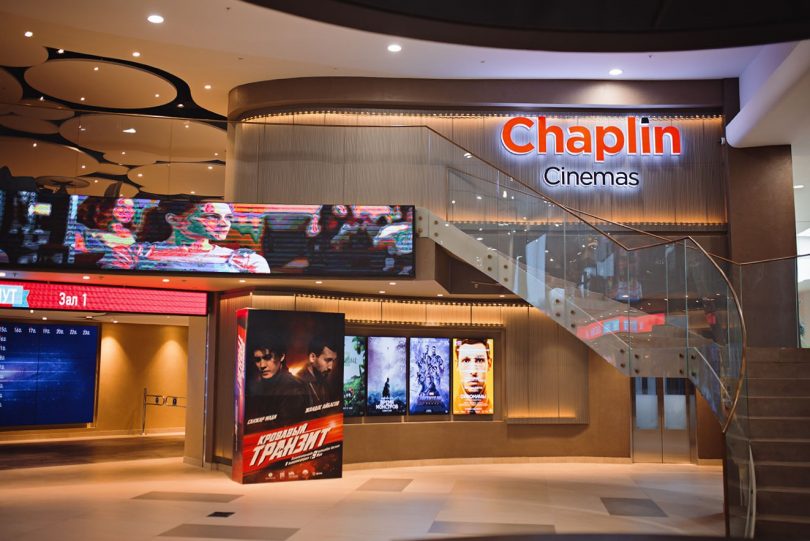 And the successful Kazakh mission of the Holešov Company continues this year. This year, ELKO EP Export participated in the renovation of the luxurious restaurant Triumph Hall in the centre of Almaty, where it controls the lighting in the large hall and the foyer.

“We have installed our components here, which control the lighting or dimming, and at the same time allow you to set automatic scenes. We also took care of the design look of the frames, because the whole restaurant is extremely luxurious and has a period atmosphere that should not be disturbed by anything, “adds Jiří Konečný.

For the owners and founders of the company, which today has 13 branches in various parts of the world, the Central Asian region is a great attraction for the future. “We usually operate in markets where there is a large development boom or potential. In recent years, we have penetrated the Middle East, Saudi Arabia, but also India and Vietnam. Today, there is relatively large competition and it always helps us that we can refer to implemented projects, or take potential customers into them. Now we are doing something similar in Kazakhstan, because when you mention Chaplin Cinemas, the Kempinski Hotel or the Triumph Hall restaurant, everyone knows what it’s all about; the whole market will go up a lot in the coming years, “concludes Jiří Konečný.

Which may not be the case in the rural areas of this extraordinarily vast steppe country, but it is already true for the Almaty today.