The university and the intellectual town of Tartu, Saaremaa Island full of national parks and nature reserves, and finally, the medieval castle of Narva, which lies in the very north-eastern tip of the country, not far from the road to St. Petersburg, Russia. It is precisely in the story of the medieval Narva that it is possible to find an important Czech input recently.

Originally a Danish royal castle, which began to be built in the second half of the 13th century and took place a large part of the country’s history, it has recently undergone a major reconstruction. It also included a completely new lighting, which was taken care of by the Baltic branch of the Czech company ELKO EP.

“Working at the castle is an absolutely extraordinary experience. What applies or works elsewhere is completely different here, because most simple solutions just don’t work here. For example, you can’t use any wireless technology because the Wi-Fi signal won’t pass through thick walls. At the same time, you can’t drill as you like, because you have to respect the history of the place. For the whole project, we had to constantly think about where to run the wires so that it was as efficient as possible, and at the same time we avoid visible external interventions, “describes Glebs Kiselovs, who manages the ELKO EP Baltic branch. 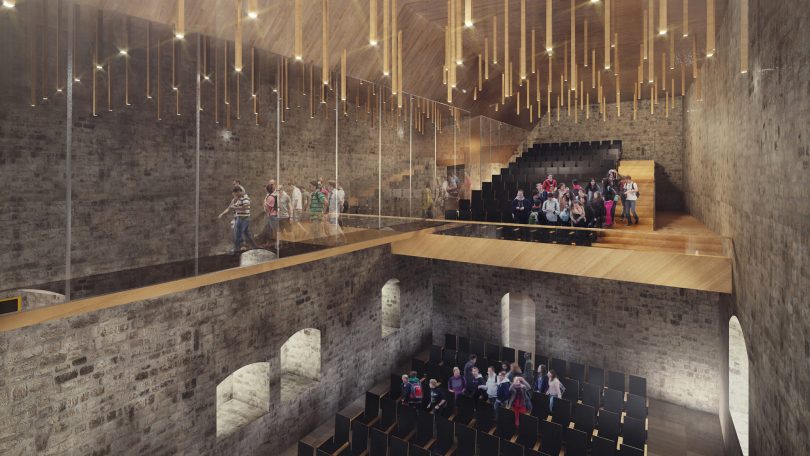 Today, ELKO EP’s technologies take care of lighting and participate in air conditioning. At the medieval castle in Narva, they use the iNELS BUS wiring, which controls light scenes from the outside, but at the same time optimizes lighting in the interior so that it is saved as much as possible in areas where there are no people. Electronic dimmable ballasts with the so-called DALI protocol are used for this. The whole castle is also equipped with sensors that control and regulate the temperature.

At the same time, it is really not a small “castle”, but a really large fortress, which lies on 3.2 hectares; it is fortified by high walls and a border river from the even larger Ivangorod fortress located in Russia. Narva is taller for a change; Hermann’s Tower is within 51 meters. For visitors, whose number in recent years has reached a quarter of a million per year, it offers a museum, a live cultural program in the courtyard and a truly extremely varied historical story, all because the castle has constantly changed owners over the years. After the Danes, it belonged to the Knights of Livonia, then to the Russians, the Swedes, again to the Russians, and during the Second War it was damaged in the Battle of Narva.

Several phases of the reconstruction were completed a few months ago, and according to Glebs Kiselovs, the new lighting is one of the important reasons to go to the very northeast of the Baltics. “I went to see Narva for myself a few weeks ago and I must say that the results are really amazing. You can see how, thanks to the iNELS BUS system, they can play with the lights and change them according to the time of day or individual occasions. Whoever has a trip to Estonia should definitely not miss Narva – and ideally plan their arrival for the early evening, “adds the man who runs one of the fastest growing branches in the entire ELKO EP Company.

“The operation of the Baltics is a very pleasant surprise for me personally. Local governments, designers and end users are a fan of new technologies, and the local branch already has several significant references in each country. In addition to the castle in Narva, Estonia, there is the Ridzene Hotel in the historic centre of Riga, Latvia, the recently opened offices in the Origo One shopping center in Riga, and the Tegra House training centre near Vilnius, Lithuania. Our local team works very well and is currently moving more and more into the Internet of Things, which is one of the other strategic goals of our company, “adds Jiří Konečný, owner of ELKO EP, which is one of the leading Czech exporters with branches in 13 world countries and at the same time one of the largest European players in the field of relays and intelligent electrical installations.