In the end, a long-term cooperation emerged from one of the conversations, which was transformed into concrete form at the beginning of 2018 with the establishment of a new ELKO EP branch in Riyadh. Maybe at first, they both thought the business in the Middle East would go a little faster. But in this it is good to pay attention to the great conservatism of the local people and at the same time the unpredictability of business itself in the Arab world.

“Many things are more relaxed than is expected in Europe. You say when I meet the conditions of the first, second and third point, logically we have to get to point four. But this is not how it works in Saudi Arabia, and a person who wants to succeed here must get used to it, “says Petr Drastich. “In a way, it’s also exciting, because all the projects include the never-on-unpredictable element of chance, which can turn anything agreed to by one hundred and eighty degrees. Local investors are able to stop work from day to day, turn off the phone and not answer for a year and a half. The moment you come to terms with the fact that it probably won’t work, the same person suddenly calls you and says – let’s move on, come and ideally tomorrow, “laughs the man who anchored in the country years ago as a Czech representative of ABB.

“From my experience, I can say that the market in Saudi Arabia is very demanding. There is extraordinary competition. There are many companies and products that you will not come across in Europe. American, Indian, Chinese, European, Turkish products meet here and they all fight for a place in the sun. It is high-end and low-cost. In Europe, we are quite protectionist in this, and Turkish or Indian electronics products, for example, do not have much of a chance to gain a foothold. It’s different here. The even greater challenge is to promote the Czech brand on such an open market, “describes the head of the local branch of ELKO EP.

You will not sell anything from the catalog

A company that has managed to cross unexpected borders several times in the past. In the field of relays, the company from the small town of Holešov has become the European number two. It manufactures products for the world’s largest players, and today has branches in thirteen countries and references on all continents. At the same time, it left a significant mark on the Arabian Peninsula itself, when last year it participated in the construction of House 2035, on which the local government wants to demonstrate the possibilities of smart technologies in practice.

But back to Saudi Arabia. The thirteenth largest country in the world and the eight-million-strong metropolis of Riyadh, in which Petr Drastich works. “The Arab world is generally very, very conservative. It is very difficult to promote a new brand. Nothing can be sold from the catalog. The customer must try everything first, proof of concept must be made, and only then does the existence of a business chance exist. In many ways, you need to generally educate. In the beginning, you have to invest a lot of time because they look at you with distrust. Businesses are started and disappear very quickly – and you have to prove your viability. After a year, they will start to look at you completely differently, and after two years they are ready to start doing business with you. On the other hand, once you have gained their trust, they are willing to recommend you further, “characterizes the specifics of the local market Petr Drastich.

“Fortunately, ELKO EP is very flexible. We can absorb changes very well. It is difficult for production, for planning, but it is the specifics of the market that we are not only dealing with but all of us. The manufacturing company has to adapt, then it has a chance to win. If we were not flexible, we would have no chance, because there are a lot of companies from East Asia that are ready to change plans on the go. They are extremely flexible and willing to do anything. In any case, the long-proven quality plays a role for us. Because whatever we did really worked and brought users what they expected. It sounds obvious, but it’s not taken for granted in Saudi Arabia. There are really a lot of imposters who are willing to offer nonsense and ruin the reputation of the whole market. Fortunately, I feel that we have managed to prove that we are among the relevant players with a very good ratio of quality and service, and thanks to that we have a chance to operate in the long run, “concludes Petr Drastich. 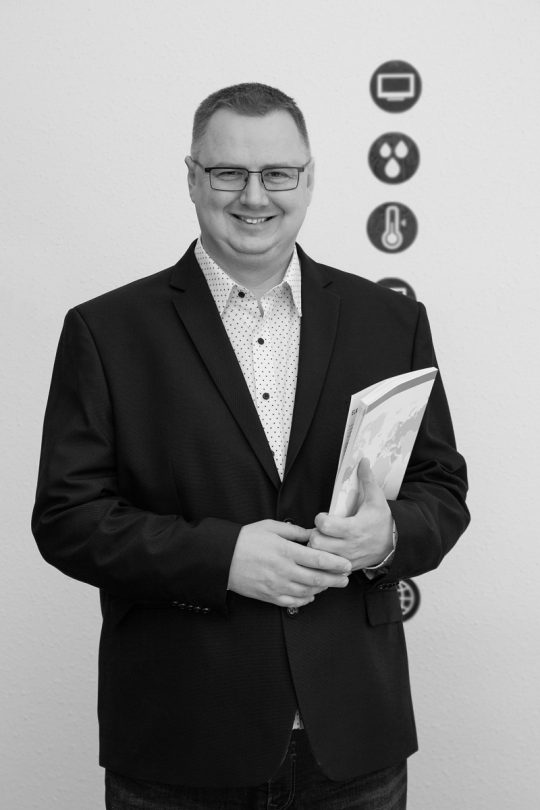