Nevertheless, a number of similarities and analogies can be found in the stories of ELKO EP and RAVAK. Both companies were established in the Czech Republic in the early 1990s. They grew out of the environment of smaller towns (ELKO EP in Holešov and RAVAK in Příbram), there is still strong leadership of the founders – and they bet on their own development and production. Today, they employ hundreds of people, have more than ten branches around the world and export their products to hundreds of countries around the world. Therefore, it is not surprising that the representatives of both companies met on a joint project. Due to their export orientation, they didn’t even meet in the Czech Republic but in Hungary. That’s when RAVAK decided to build, in addition to the existing RAVAK Business Centre, a new logistics and training centre equipped with state-of-the-art intelligent automation systems. This is where she chose to cooperate with another Czech Team from ELKO EP.

ELKO EP has had a branch in Hungary since 2008 and has long been one of the established and respected players on the local market. Large references in well-known projects also helped her success – for example, she participated in the major renovation of the Hungarian State Opera House, the traditional and extremely popular Corvin cinema, the oldest hotel Pest-Buda or the restaurant of the famous chef Jamie Olivier. This is one of the reasons why it is often addressed today during the great construction boom that Hungary is experiencing.

Boom of buildings and infrastructure

Just to give you an idea. Between 2018 and 2019 alone, there was a year-on-year increase in construction output of 22% in Hungary. Industrial complexes, buildings for sports and cultural activities are being built here, and the area of ​​residential housing is also experiencing rapid prosperity. Last year, more than 17,000 flats were handed over in Hungary, which represents a 23% year-on-year increase and is the highest figure in the last eight years. At the same time, another approximately 40,000 flats are under construction, which can be completed within two to two and a half years. Last year, about 180,000 flats were also reconstructed.

“There are also a number of other Czech companies in the construction industry, some of which have independent sales or production offices in Hungary. These include Alukov, a supplier of residential roofing, a supplier of IoT technologies to Elko EP and a manufacturer of equipment for repairing urban infrastructure, Moram. Czech companies are also successful in the classic construction industry, as evidenced by the recent success of the Czech company Europa Investment Property, which is to build a hotel in Budapest for more than 500 million crowns, “calculates Tanja Szelezsán, economic specialist at the Embassy of the Czech Republic in Budapest. 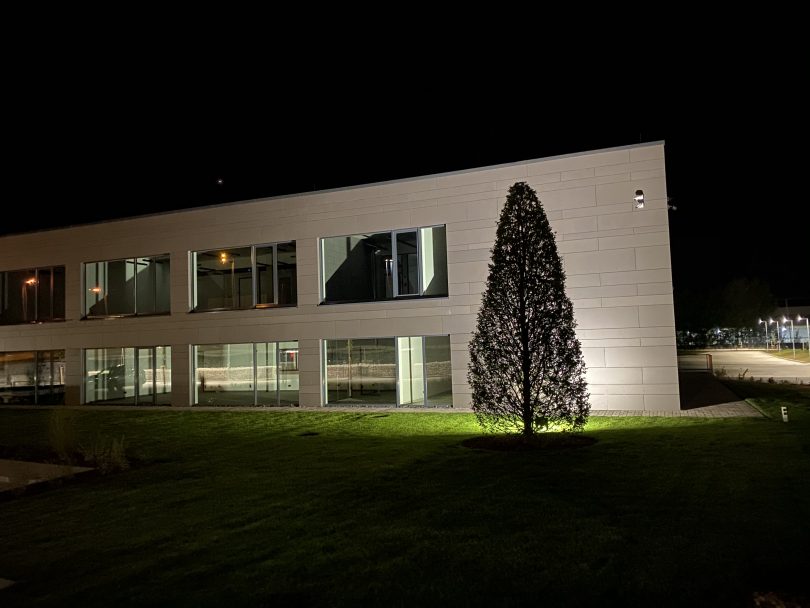 Oliver Kiss, who has been leading the Hungarian branch of ELKO EP since 2010, when he moved from Lake Balaton to the Hungarian capital. “The government is working hard on the overall infrastructure. For roads, construction of buildings and industrial complexes, but also in the development of 5G networks. For us, this is some good news. On the one hand, we participate in the construction of hotels, but also prefabricated houses and apartment complexes. At the same time, we have prepared IoT products that are of constant interest with the advent of the high-frequency network. In addition, we have been steadily selling the classic portfolio of relays and electrical devices all the time, ”says the energetic man in fluent Czech.

The pace of construction increases the attractiveness of the entire Hungarian market, as evidenced by the Czech expansions of recent months – under the name Kifli Rohlík.cz is heading there, the green alien Alza.cz has learned Hungarian, Karlovy Vary mineral waters are also active here.

But back to RAVAK. They also started his Hungarian mission in 2008, when they built a glass business center in a modern building in the thirteenth district of Budapest. Then they had to endure a few lean  years after the crisis, when they didn’t build much. But now they are benefiting from the rise of the new wave, because of course, construction and renovation almost always mean a new bathroom. The director of the local branch, László Vajányi, is also the president of the Czech-Hungarian Business Club. Since last year, RAVAK has also been building new production and logistics facilities here with the help of technologies from the iNELS and iNELS Air brands, which are part of ELKO EP’s portfolio. iNELS will control indoor lighting (reception, showroom, training room), outdoor lighting of the building and parking lot, monitor the heating system, but also participate in setting various scenarios of savings and energy management. In addition to the iNELS system, ELKO EP also supplied a complete range of switches in the LOGUS90 design.

The building should be opened at the beginning of next year and will bear a significant and multiple Czech footprint. We will definitely take you on a visit.

A key fob that controls the household. New and even more elegant than ever

What unites the Czech Republic, Chaplin and the Kazakh Almaty?

Hungary? The government is stepping into new technologies