“This is actually simply typical. You do similar projects here as everywhere else in the world, but they are usually even a bit bigger. That is why our references in the Russian Federation include, for example, a hockey stadium or a spaceport. And in addition to the Hermitage, we are currently cooperating in the modernization of the Kremlin Museum in Moscow, “says Alex Elgart, who manages the Russian branch of ELKO EP. The company, which is one of the most important Czech exporters exports electrical installations to more than 70 countries around the world.

But back to St. Petersburg and the Hermitage itself, which belongs to a complex of architectural gems on the banks of the Neva. The renowned museum consists of ten buildings and 350 exhibition halls. Here you will find fine art, precious stones, war medals, commemorative coins and in current years also almost five million visitors. The most visited is the famous Winter Palace, which is a breath taking architectural gem in itself and also hosts the most famous pieces of Western European art.

During the modernization, the designers chose ELKO EP dimmers, which now underline the experience of watching works of art and at the same time can save a substantial part of the money spent on energy. “The client’s request was quite specific, because he needed dimmers that would be capable of truly extraordinary performance. After all, it is not a classic home or office space, but a museum where it is necessary to dim up to 10,000 VA. That’s why we installed DIM-6 controlled dimmers, for example, “explains Alex Elgart. 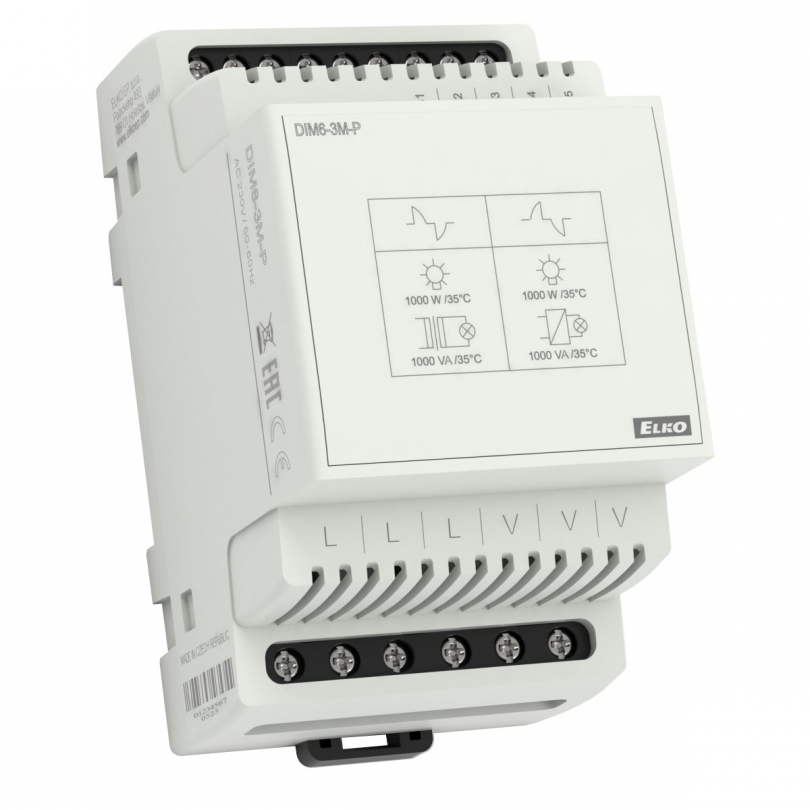 The DIM-6 model is designed for dimming not only light bulbs, but also halogen luminaires with a wound or electronic transformer and dimmable LEDs. In normal mode, their power is up to a maximum of 2,000 VA, but thanks to the DIM6-3M-P add-on modules, their power can be expanded up to 10,000 VA. And that was exactly the requirement for lighting control in the halls of the famous Hermitage.

In addition, the entire solution can be controlled via the iNELS system bus and thus have a constant overview of all lighting, but also of the savings that arise from the careful use of light. A similar solution also attracted investors from the Moscow Kremlin Museum, where, however, the modernization has not yet been completed.

‘’The example of the St. Petersburg Hermitage is, of course, a ticket to other attractive projects in Russia. The lighting works without problems, the client is satisfied and for us it is an essential reference that we really know what we are doing. That is why we were contacted again in Moscow – however, everything is still at the stage of the process, so I do not want to fully communicate further details, “concludes Alex Elgart.

When the borders open – don’t forget to enjoy your visit to St. Petersburg. It offers a truly unique mix of the best of Europe and Russia. Generous boulevards, lavish buildings and modern architecture or lively business. When you’re here, don’t forget to stop by the Hermitage. It is fascinating and truly stunning in the number of its exhibits, and it also has lighting with a Czech pedigree.

Doha: a fabulous city with a bad reputation

Vienna Opera. Under the cover of technology

Madness in a Crazy City: Dubai is preparing Expo 2020. What to Expect?

Barcelona: Messi in the field of smart technology

Toronto Sidewalk: who builds a city free of dirt and rain?